The Nerf Recon CS-6 is a manually cycled and also clip-fed system. It has room for an extra dart in the handle section and the shoulder stock that is included in the set could also hold an additional clip. There is one tactical rail in addition to the blaster’s priming slide; using a scope or one more aiming device on the Recon is a little hard since you need to stop aiming in order to prime the blaster. The barrel expansion has two extra tactical rails and there is one at the light beam device as well. 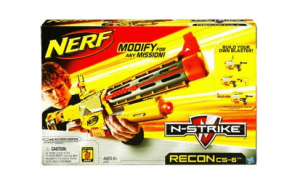 The original Recon CS-6 was stopped and recalled in 2008. With the old design, it was feasible for your skin to be caught in the bettor and also slit, especially on the hands of children. Nerf created covers for the plungers so this model was re-launched to the general public. Hasbro continues to offer more recent collection where its successor, the Retaliator, was released in 2012. In the next sections of this Nerf Recon review, we’ll take a much more comprehensive take a look at several of the aspects of this gun and whether its customizability hinders or enhances the tool. 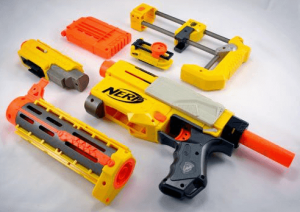 This model is a lot more sturdy compared to it looks and other models that Nerf has. The extensive barrel has been discovered to somewhat reduce the range of the blaster. Additionally this gun also has 2 tactical rails to the front of the blaster for various other add-ons. The red dot “laser” attachment calls for two AAA batteries but the light that comes out of it is also rather dim. This particular add on is practically ineffective unless customized due to the red-dots near invisibility in brilliant light, and also the fact that you can aim a Nerf blaster well enough with the naked eye. There is also a tiny aiming-piece included yet this struggles with the sense of no purpose similar to the red dot part.

The Recon utilizes a large grey slide for priming and also loading. The slide is linked to the plunger as well as breech system that feeds the darts and also primes the plunger. It is not especially comfy to hold or use, as it is extremely angular.

The grip feels comfortable enough to hold, but again there are a few protrusions which can be a little uncomfortable for the user.

The Recon makes use of the clip system, which is a plus feature. Reloading with a back-up clip is much faster and efficient compared to needing to put in 6 pieces of darts during a battle. 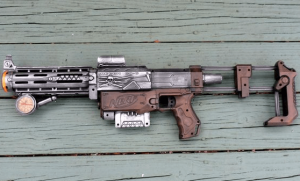 My old Recon hardly got to 32 feet, while my new one reaches up to 43 feet. It ranges from one gun to another, yet newer models will certainly have higher distance. Precision is likewise a key factor. Due to the fact that Recon model makes use of Streamlines, accuracy is not one of its strengths. Without the barrel connected you reach about 43 feet range, but with the barrel connected you can only reach 32 feet. However, with the barrel attached precision is improved.

In a smaller confined environment where range is less of a concern, such in a house it’s still a good gun to use. From a distance of 16 to 32 feet away you could still shoot a pretty accurate shot at a target on your sofa. It really depends upon what you’re looking for with your blaster. A rate of fire of about 2 to 3 darts per second is feasible with the Recon, although Slam Fire and fully automatic models such as ATs will outperform it.

Unfortunately this blaster jams frequently during use especially if it is primed too quickly or used with bent darts. Any type of kind of accessories utilized on the tactical rail on the priming slide will tend to get in the way during reloading. This blaster is not very accurate as a result of its Streamline Darts and its lengthy darts. Its accuracy up to 20 feet range is good. Attaching the barrel extension makes it precise as much as thirty feet, however the dart will certainly fly much slower.

All of the add-ons that are included in the Recon CS6 set really serve no real function apart from making the gun look cool. They actually hinder the efficiency and the Recon shoots even further without the barrel accessory. Against less costly, smaller sized guns like the Maverick or the Nitefinder, the Recon just could not match their power or precision. 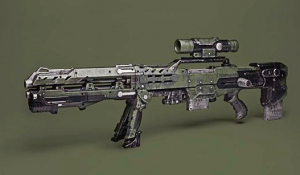 For aspiring modders, the Nerf N-Strike Recon CS-6 is a terrific entry point right into the world of modding, as this model allows you to interchange components and you could test on your own the changes in efficiency as well as comfort designs after every adjustment. Do not let the rather standard rifle-type style fool you; it can conveniently change its appearance according to the users imagination!

Over all it’s not a bad blaster. Nonetheless it doesn’t truly succeed if you really want to battle with it. It obtains normal distances, and also just includes regular 6 dart clips. However, for those that are into modding this is a good piece to get to customize it to your desire.