Top 8 Nerf Rebelle Crossbow Since Its Launch in 2013

Top 8 Nerf Rebelle Crossbow Since Its Launch in 2013

Nerf Rebelle Crossbow lineup has come a long way since its first launch in 2013. Here are 8 cool Rebelle crossbow models that has hit the shelves in the last few years! 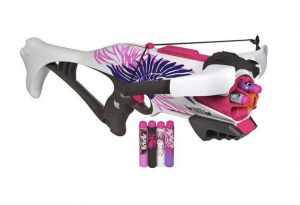 This Nerf Rebelle Crossbow is probably the best in this line up! The Guardian is generally a pump-action Nerf shotgun with some cosmetic crossbow smacked right on the top. This design just requires merely a few seconds to assemble. This so called crossbow comes with 6 standard Nerf darts. With a fast backward and forward sliding action, you could take your own sweet time shooting specific targets or do a rapid blast of all 6 darts back-to-back. Overall, this is a very cool little blaster, it has excellent looks, respectable range and also has a solid built. 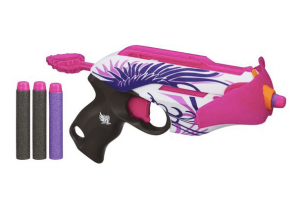 Also another pretend crossbow, the Pink Crush features an optional ‘bow’ attachment. It is really just a little flimsy, bit of plastic you can clip to the front if you like, which serves no other purpose apart from the aesthetic. It still looks amazing without the bow attachment. However, at both sides of the bow arms, you have an additional slots to keep 6 additional darts, which is great against any single shot models. The shooting distance is also decent at around 40 to 45 feet in an indoor hallway. 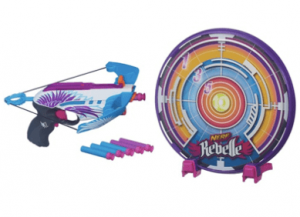 The star shot includes a crossbow blaster which is somewhat similar to Pink Crush, however, with a different color scheme of blue and purple. You could take on your friends and also put your skills to test in a bow-blasting contest with the included Star Shot targeting set. Just load up your crossbow blaster with the suction darts and pin point your mark with the targeting light. When you are ready pull the trigger to fire. There are 2 different suction dart colors to differentiate you and your opponent. That way It’s simple to see who has the better skill and score with each crossbow shot. It is so fun to see how high you and your friend can score with this set! 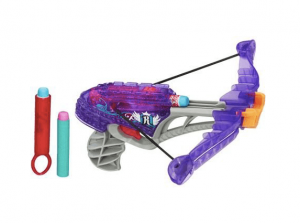 The crossbow shines with studs and glitter to guarantee you look dangerous and fashionable at the same time! Imagine yourself in a cool spy mission to reveal your style with this Nerf Rebelle Secrets and Spies crossbow. This model also allows the user to send messages flying back and forth between you and your teamates, concealed in plain sight on Message Arrows. Merely load the dart blaster and also draw the string for a real crossbow experience. The Diamondista could send out darts to targets as far as 75 feet. This cool Rebele crossbow also features a separate decoder and three darts, including two “Secret Message” re-writable darts. 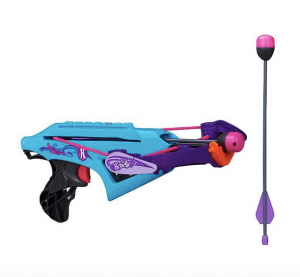 Shock challengers with this single-shot crossbow that provides real pull-back action, launching the whistling arrows into the air. Pull the string back to prime and fire away to a distance of 30 to 40 feet away! 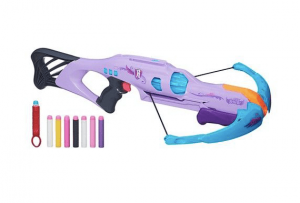 The Codebreaker is a pump-action crossbow, and unlike its stock and handle, the pump grip is well sized. The crossbow could be locked and secured with a secret passcode only you recognize. That way no enemy spies can gain access to your crossbow. This crossbow has a cool rotating barrel that can hold up to 8 darts. This Nerf Rebelle Secrets and Spies Codebreaker Crossbow also comes with a decoder that shows the secret messages written on the Message Darts. Although not so fantastic in terms of shot distance it absolutely a must have if you enjoy secret spy missions! 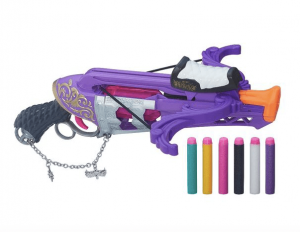 The Charmed Fair Fortune Crossbow is another crossbow-like blaster that features a six-dart cyndrical tube that is partly concealed by the blaster’s shell. The cyndrical tube moves when the blaster is primed, and also can be re-primed again and again to turn to give access to other inserted darts. This set also comes with a cool bracelet that can be attached to the blaster at one of the strap points at the handle and at another hook in front of the trigger guard. 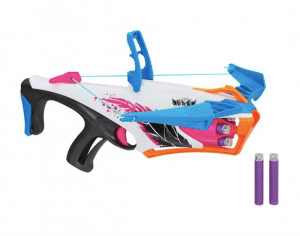 The Emphasis Fire is the first Rebelle model ever to feature Accustrike for improved precision! The Focusfire Crossbow somehow looks like a smaller variation of the Rebelle Codebreaker crossbow. This crossbow is a single-action, revolving barrel, bowstring that draws back when you cock it despite the fact that the power is done in the plunger’s spring. This gun is rather cool with a set of pop-up rangefinder sights with notches at different angles.