In 2014 Hasbro decided to start the Super Soakers for Rebelle. These cool girl Nerf guns is a perfect extension of what has already been started with the normal blasters and bows that Rebelle has launched earlier.

Launch of Rebelle Super Soakers in 2014 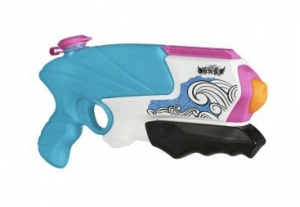 Among the initial Super Soakers range under the Rebelle brand is the Blue Crush soaker! It’s simple to carry and hide this classy water blaster with approximately 20 ounces of water for amazing, splashing fun. When you shoot, this cool soaker will launch a blast of water at targets as far as 38 feet away. Let the games begin with the Blue Crush soaker! 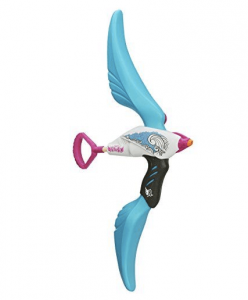 The Dolphina Bow includes a bow-like appearance extremely resembling the Nerf Heartbreaker Bow. Despite the fact that it has bow arms, they are not connected to the firing system. Its storage tank cap is located on the side of the higher bow arm. This blaster operates on a reverse piston stress system. 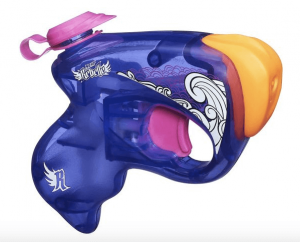 Similar to the Nerf Super Soaker Zip Fire, the Super Soaker Rebelle Mini Mission Soaker uses a trigger-based pump to produce the force to launch the streams of water out. Pulling the trigger develops an instant response to shoot your target, however the stream only lasts while the trigger is pressed. The force of the stream totally depends upon how tough the user could press the trigger with their finger so this is recommended more for older children. 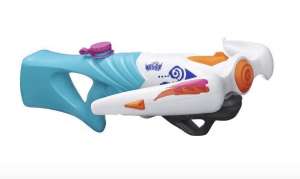 Unleash a three-way blast of water with the first ever crossbow from Nerf Rebelle Super Soaker! The Tri Threat Crossbow shoots out 3 different streams of water approximately 35 feet away to your target! With a full tank of 25 ounces, girls will be prepared for any type of water battles! 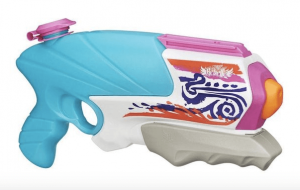 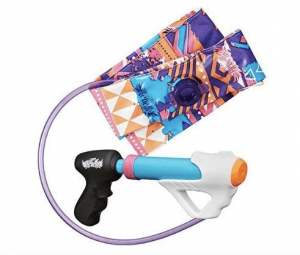 One of the most unique Soaker Girl Nerf guns what’s cool about this blaster is that it is so simple to load up to 50 ounces of water in the stylish bandolier, which you could conveniently sling over your shoulder so that it won’t get in your way. The bandolier affixes to your blaster to give you the mobility, which is crucial during long water battles. When you shoot, the blaster releases a splash of water at targets approximately 25 feet away. This blaster may be tricky and not recommended for kids under 3 years of age. 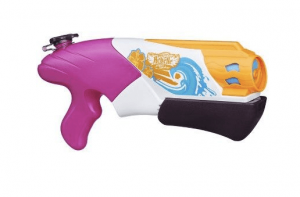 Since 2016 was quiet for Rebelle Super Soakers they decided to launch a few models this year. The Tidal Twist water blaster releases a spinning stream of water approximately 28 feet towards your opponents! This Nerf Rebelle water blaster holds up to 25 fluid ounces of water, which is decent for its size. Pump the handle to swamp targets with a spinning wave of water. This soaker is aimed for kids age 8 and above. 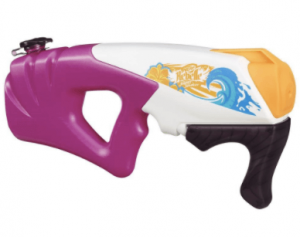 Another new release in 2017 the Infinity Fire’s tank has an impressive 1 litre capacity, which is a great advantage in war games! Like its name the ample supply of water seems infinitie, releasing giant splashes of water within one minute.